With creamy pudding and whipped topping, chocolate, and graham crackers, Chocolate Eclair Cake is quick and easy to make and easily one of our favorite summer desserts. There’s no baking required, and it takes about 10 minutes to put together, plus chill time.

Chocolate Eclair Cake is my go-to summer dessert recipe, and everyone asks me for the recipe.

The only problem with this delicious dessert? It’s so hard to stop after one piece! 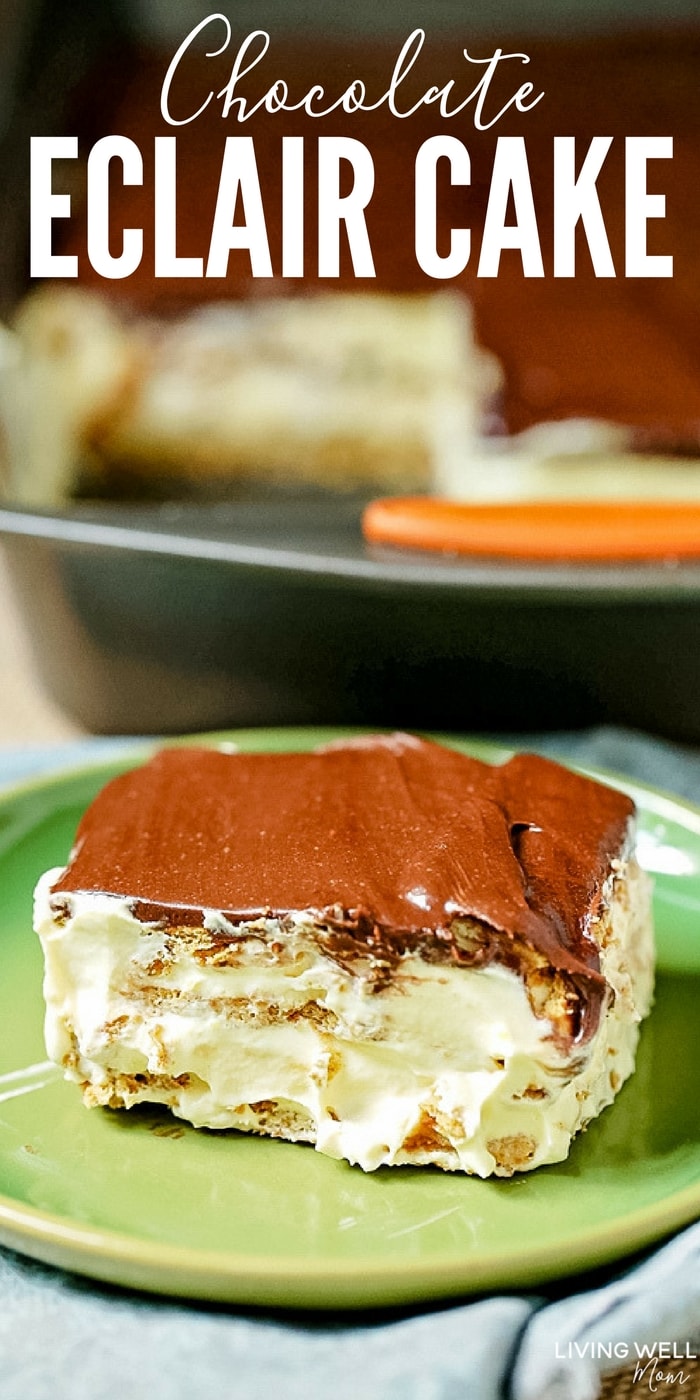 How to Make Chocolate Eclair Cake 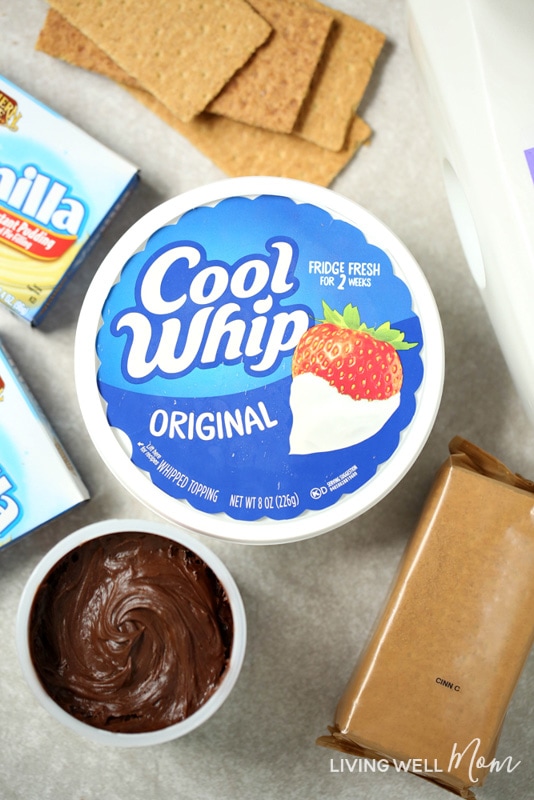 Pull out a 13x9x2″ baking pan and line it with a row of graham crackers. Like this: 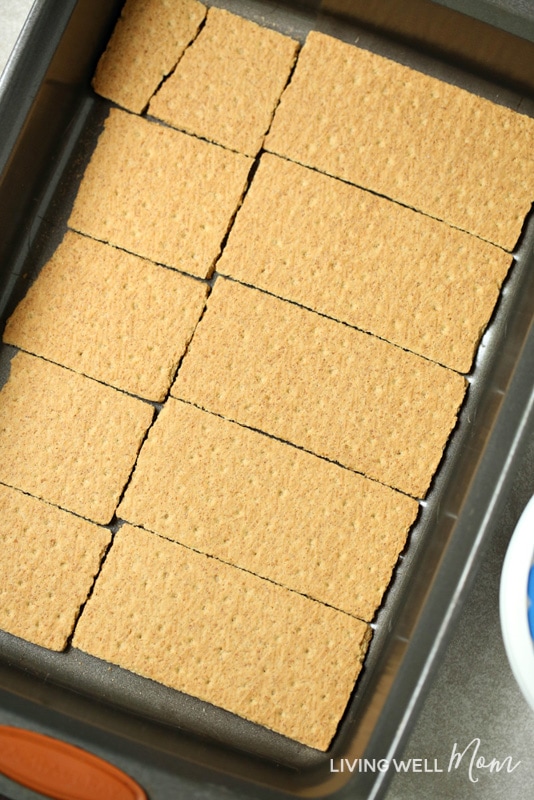 In a bowl, whisk the milk and 2 packages of vanilla pudding together until well blended. 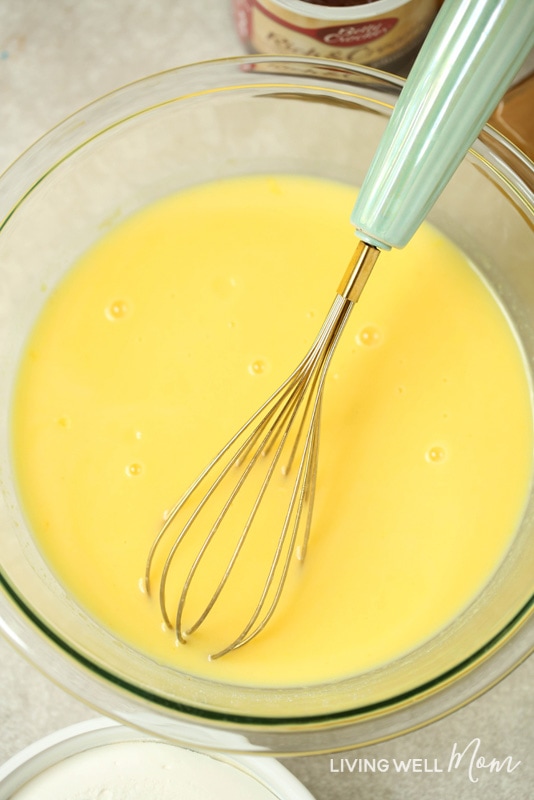 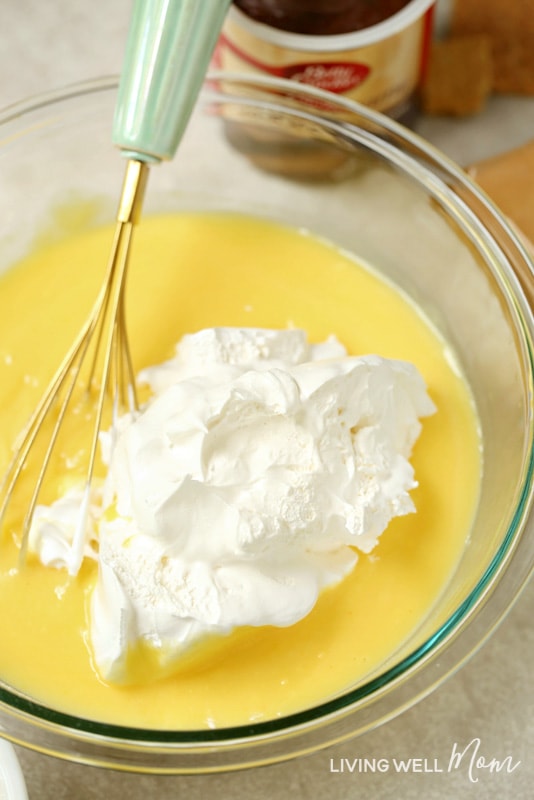 And gently fold it in. 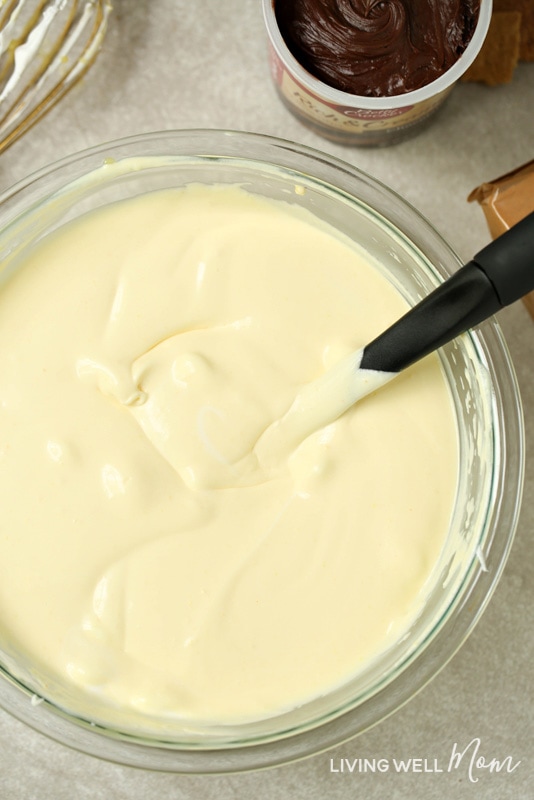 Spread half of the Cool Whip pudding mixture over the graham crackers in the pan. 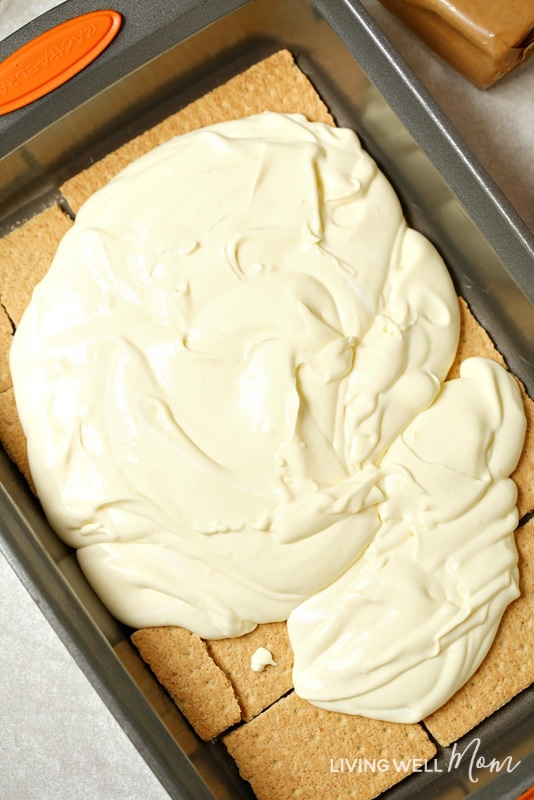 Top with another layer of graham crackers. 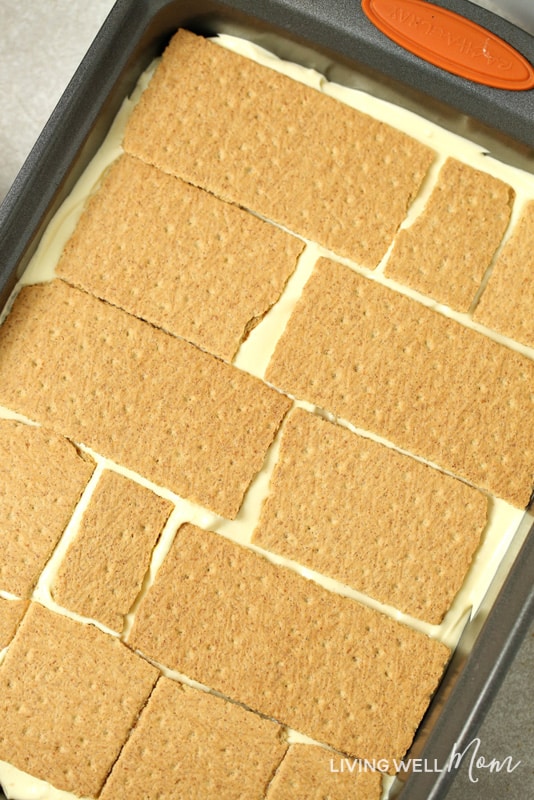 Spread the rest of the Cool Whip mixture over that. 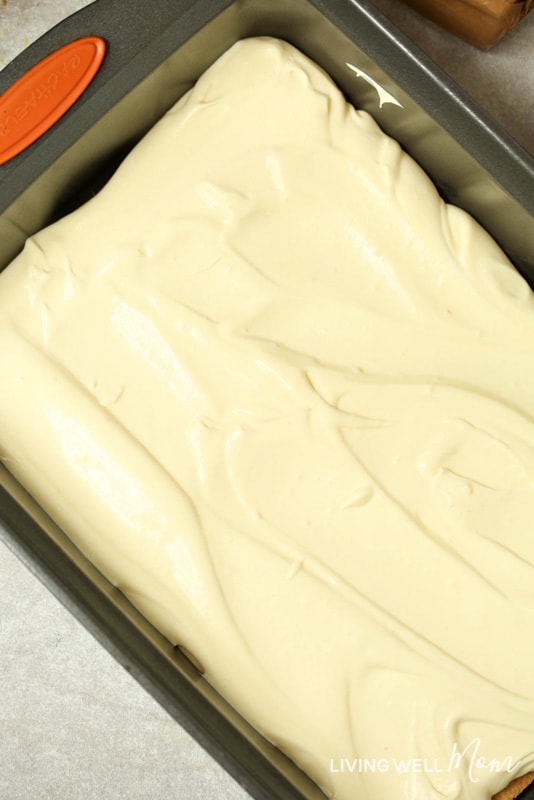 Top with one last layer of graham crackers. If they don’t line up perfectly, it’s ok – it won’t be noticed. (See how some of mine broke?)

Now open the container of frosting and take off the foil seal.

Pop it in the microwave for about 20-40 seconds, depending on the power of your microwave. My microwave is 1300 watts and about 20 seconds works for me. You want to be able to pour the frosting, but not have it completely melted. Almost a glaze-consistency, but not quite. I would start at 20 seconds, then stir, and zap again as needed. If you do heat it for too long, it’s ok – your dessert isn’t ruined, it just might not look quite as nice. (Believe me, I’ve done it before.) 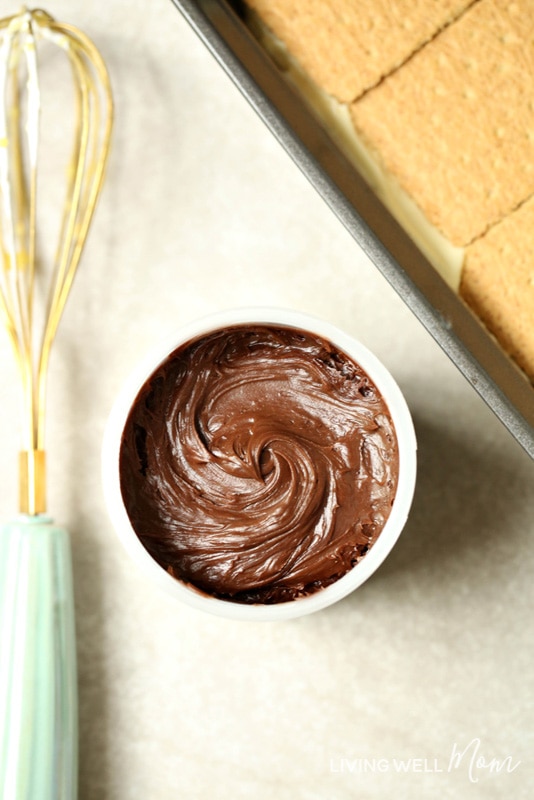 Now pour it and smooth over the dessert. 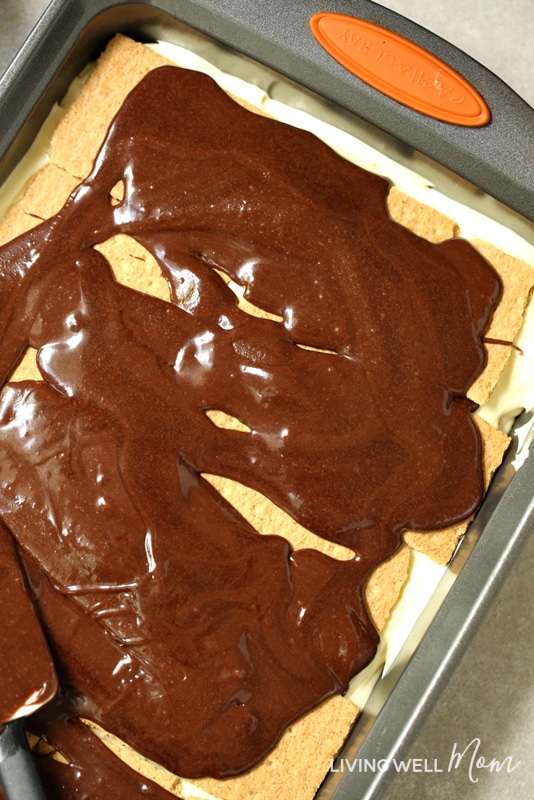 Now cover and chill for at least a couple hours. I usually make Chocolate Eclair Cake the night before and it’s ready whenever we need it the next day. 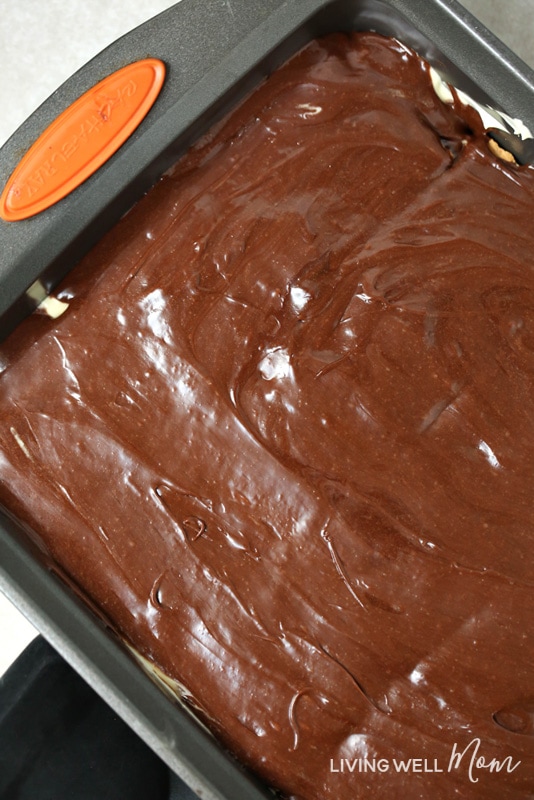 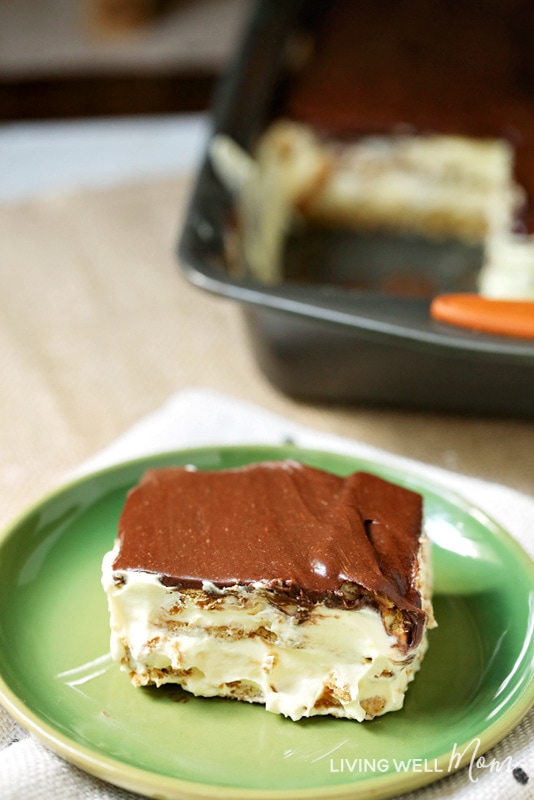 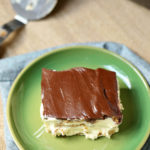