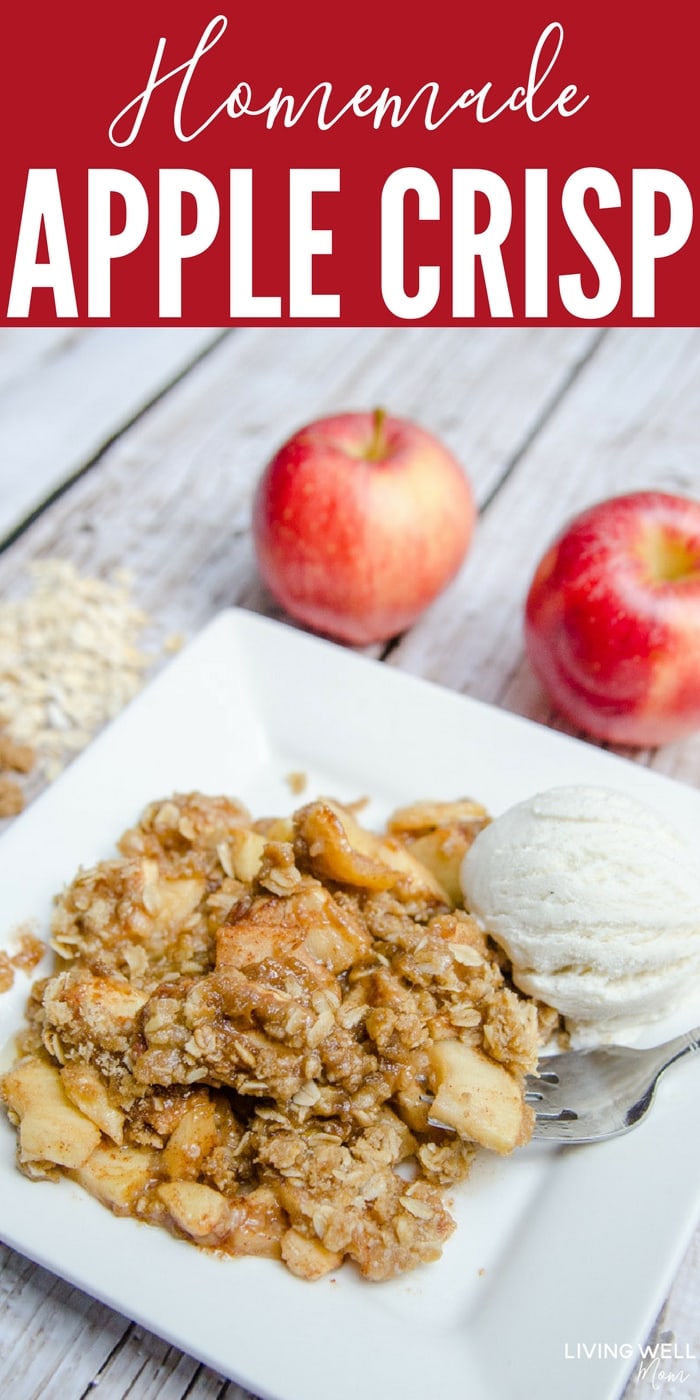 If it was up to me, I’d enjoy them year round, but like the rest of you, I do stop and move on to other things. Like Christmas cookie baking! Ahhh yes. But thankfully, it’s October and we still have plenty of apple-and-pumpkin recipes to make.

One of my all-time favorite fall recipes is Homemade Apple Crisp. And I’m excited to share it with you today because it’s just so-deliciously–yummy. 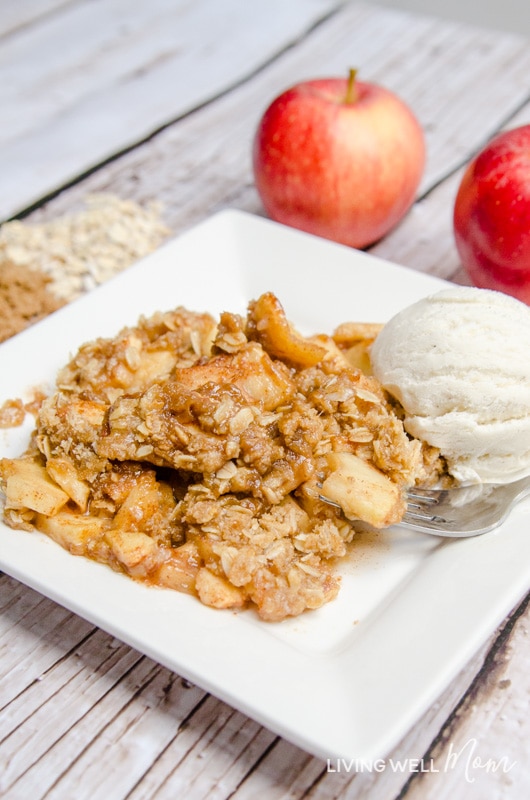 So good as in you may just find your children in the kitchen licking the bottom of the pan clean.

That’s if hubby doesn’t get to it first.

Or you. (Not the licking, but finger-licking good.) ‘Cause I may just do that myself. 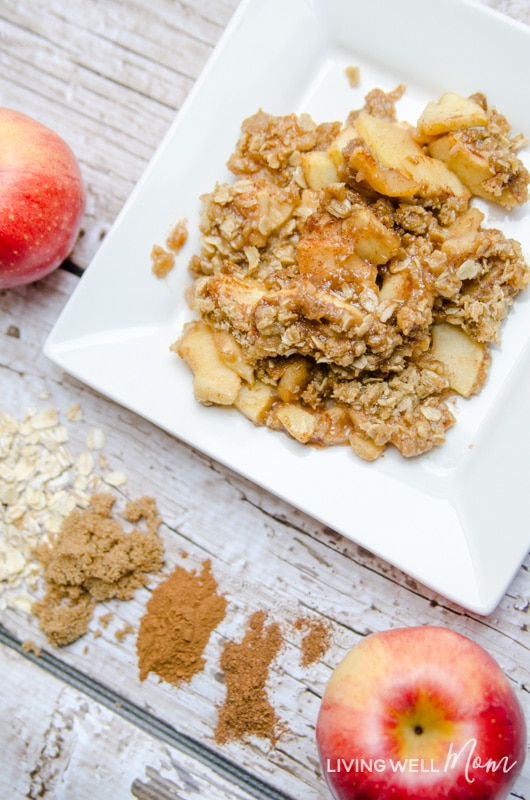 The delicious combo of cinnamon and nutmeg meld perfectly with the “secret” ingredient I almost guarantee you have in your cupboard. (Read on to find out!)

And when you add a dollop of vanilla bean ice cream on the side? This homemade apple crisp may just be a small scoop of fall heaven. 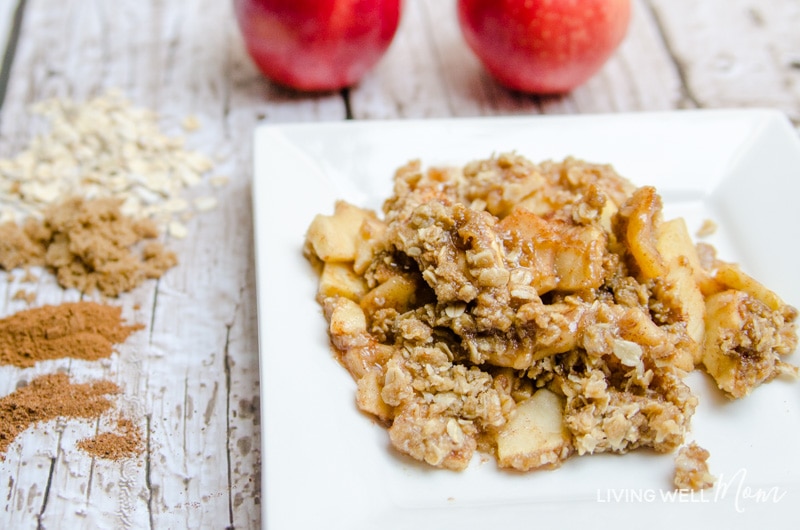 This homemade apple crisp is not hard to make. In fact, it’s so simple, even a non-baker could whip this recipe up to impress!

It takes under 10 minutes to put together (not counting baking time) so this homemade apple crisp recipe is the perfect busy-day fall dessert the whole family will love. 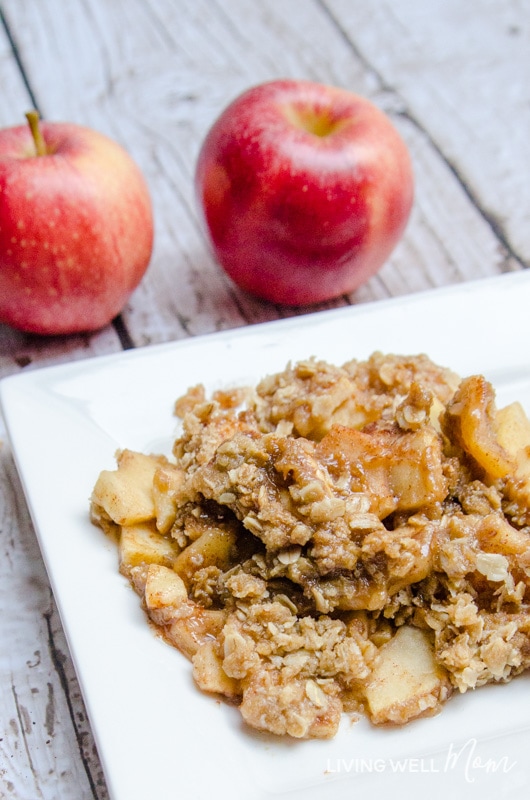 This recipe is based off my great-grandmother’s apple crisp recipe that I tweaked after a few years of trial and error. It’s such fun having a family recipe to pass down to my kids. And to you! 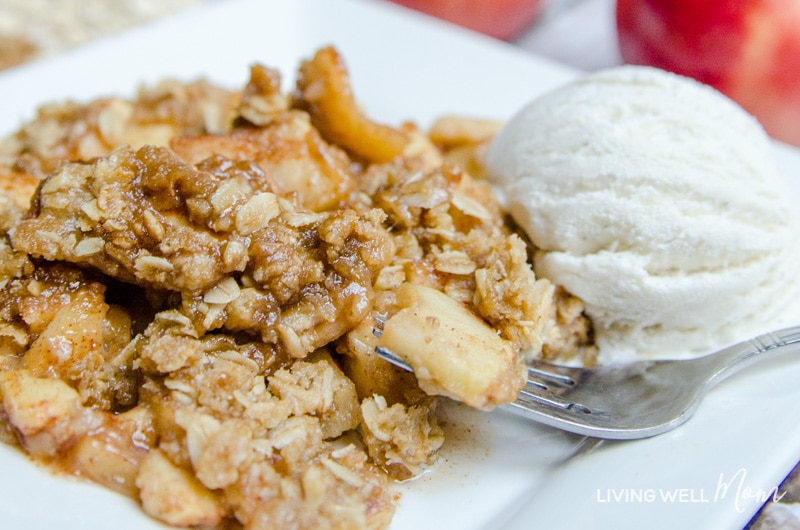 And the “secret” ingredient? Vanilla extract sprinkled over the crisp before baking. Mmmmmm! 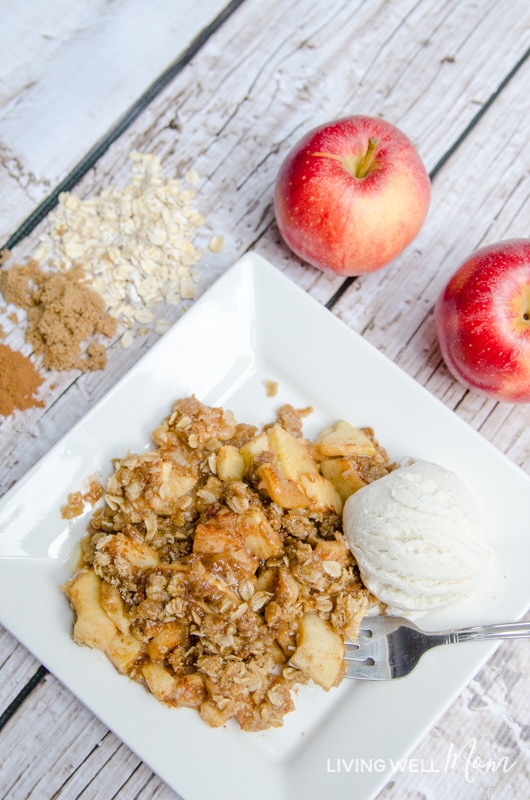 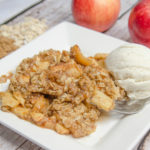 The delicious flavor of cinnamon and nutmeg meld perfectly with the “secret” ingredient in this quick and simple homemade apple crisp.