With delicious maple honey turkey slices, spinach, tomatoes, hummus, mayo, and Dijon mustard layered in a wrap, this Healthy Spinach Turkey Wrap is as satisfying and filling as it is tasty. It’s a delicious, good-for-you alternative to the boring sandwiches or other common lunches we often eat. 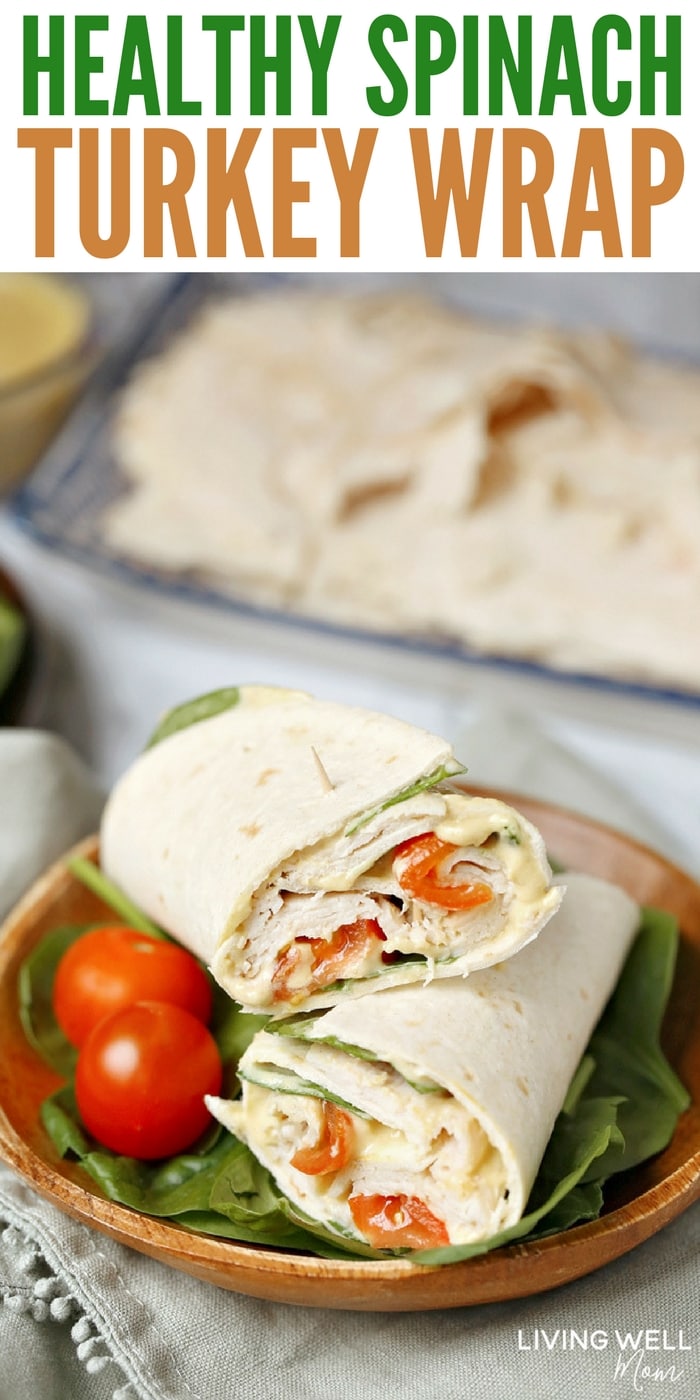 I get bored eating the same things over and over, which makes it harder to eat healthier if I don’t regularly “mix it up.” Do you get stuck with the same ol’ meals too?

One of the simplest and smartest ways to stick to a diet, whether you’re eating Paleo, counting calories or following a more general healthy lifestyle approach, is to make sure you have easy-to-make food on hand. If you have a delicious, good-for-you option already waiting for you or something that a quick minute to put together, you’ll be less likely to reach for the snacks or junk food or whatever your temptation may be.

This Healthy Spinach Turkey Wrap recipe will only take you a minute or two to put together and is loaded with wholesome ingredients you’ll feel good about eating.

I have to say that my favorite part of this healthy turkey wrap is the deli meat. Deli meat can pretty much make or break a wrap or sandwich. 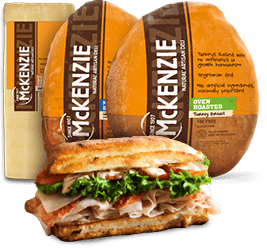 My family follows a gluten-free diet and we avoid most processed foods, refined sugars, meat with hormones, steroids, antibiotics, etc. So when I tell you that I absolutely LOVE McKenzie Natural Artisan Deli and my family does too, it’s not just because their food tastes amazing.

*except for those naturally occurring in sea salt and celery powder

I am thrilled to find an affordable deli meat with all those pluses. So many deli meats are loaded with nitrates and nitrites or are sourced from animals loaded with hormones or antibiotics and it’s great that McKenzie deli meat is not one of those.

McKenzie offers the highest quality whole muscle meat and crafts meats and cheeses with delicious flavors using clean, wholesome, recognizable ingredients. The company was founded in rural Burlington, Vermont in 1907 with the simple mission: to put quality above all else. and now distributes to stores throughout Vermont, New York, and other New England locations, including New Hampshire (where I live.) 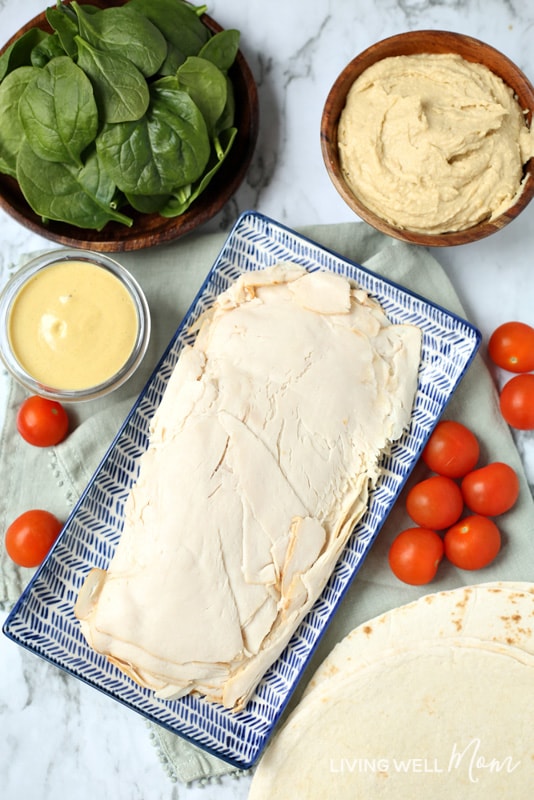 We tried 6 different varieties of McKenzie Natural Artisan Deli, including 4 turkey and 2 ham, and each one tasted delicious. 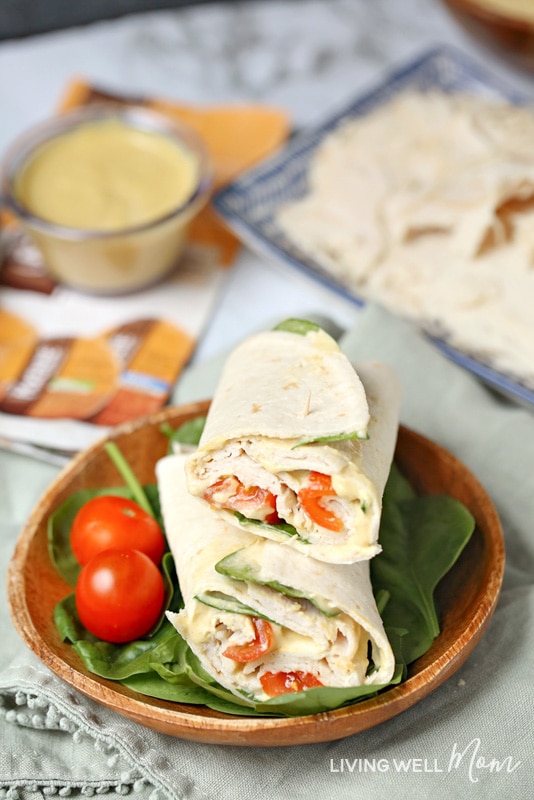 My whole family, from my husband down to my 7-year-old, loves McKenzie Artisan Deli Meat. In fact, we made a special trip to a different store when our normal Shaw’s grocery store was out of stock.

My husband was so excited, he wanted to make Healthy Spinach Turkey Wraps for dinner for the whole family, which I gladly agreed to. (Talk about an easy supper!)

All the ingredients listed here are approximate. This spinach turkey wrap is easy and you can make it to your preference. Don’t like mustard? Leave it out. Or use less. Your choice.

Begin by spreading the mayo, Dijon mustard, and hummus over the wrap. 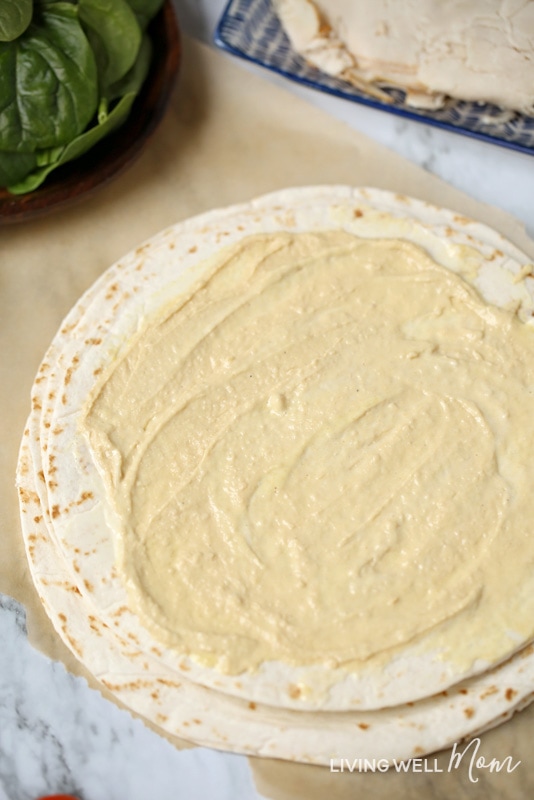 Place the spinach leaves with stems removed over the hummus layer. 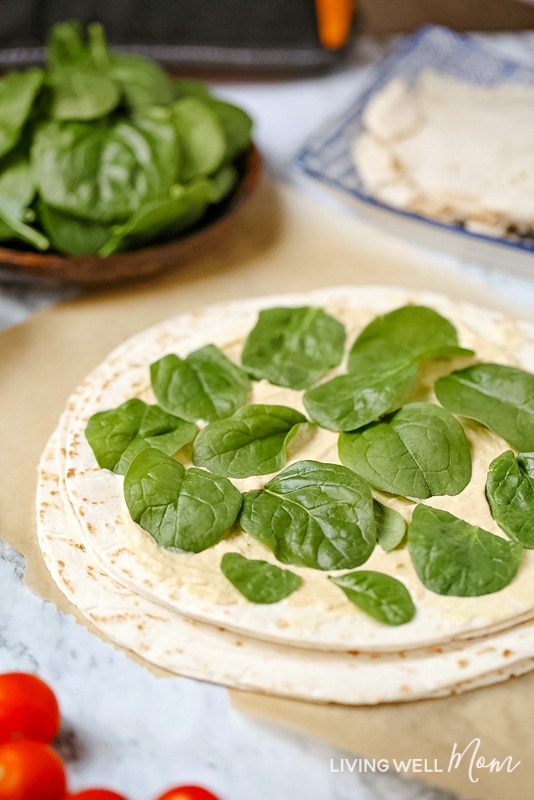 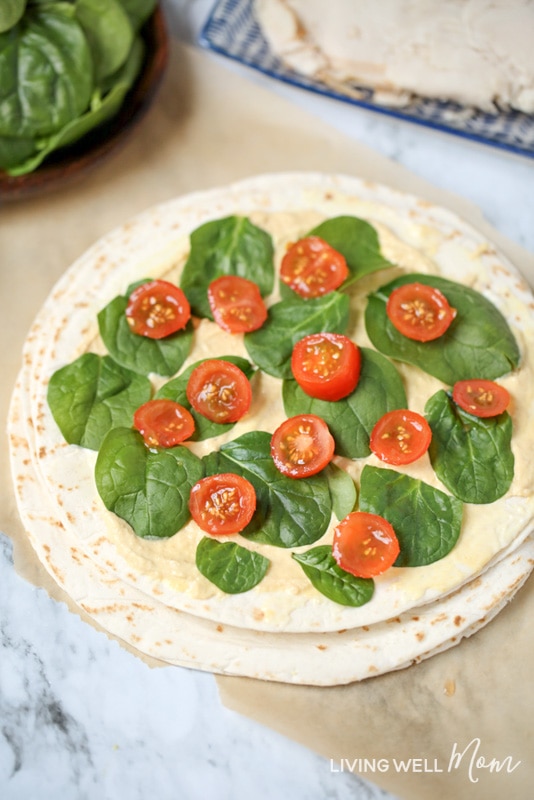 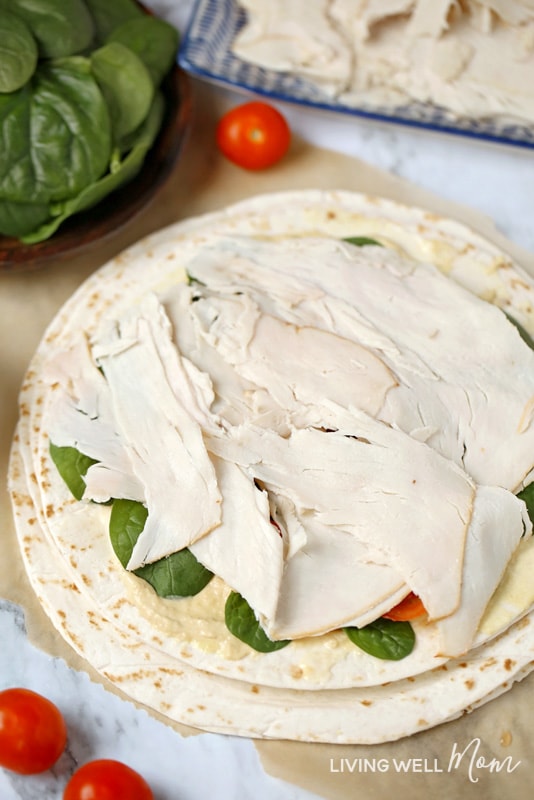 …and roll up your wrap. Cut it in half if you desire. 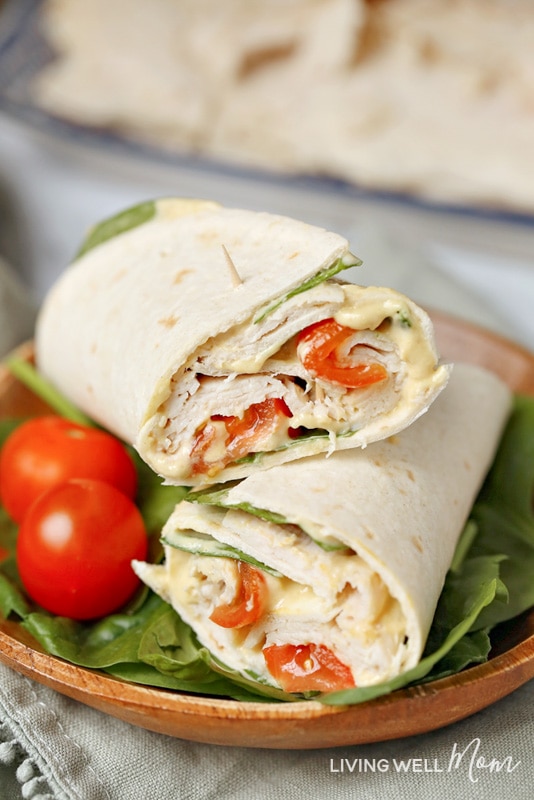 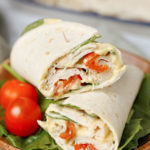 Disclaimer: This post is sponsored by McKenzie Natural Artisan Deli and Shaw’s. All opinions are my own.